Does Sleep Apnea Ever Go Away?

Obstructive sleep apnea (OSA) is a condition that occurs when the upper airway narrows while sleeping. The obstruction causes frequent pauses in breathing throughout the night. Not only does this interrupt your sleep quality, but it can lead to several serious health conditions without any treatment, like cardiovascular disease. Unfortunately, sleep apnea will not go away on its own. You can take certain steps at home to improve your symptoms, but they aren’t a substitute for sleep apnea therapy.

END_OF_DOCUMENT_TOKEN_TO_BE_REPLACED

Comments Off on Does Sleep Apnea Ever Go Away?

A Few Ways Cell Phone Use Harms Your Sleep

There are a lot of great things about cell phones  – they keep us connected to loved ones and make it easier to get from here to there. But we also know there are some downsides to cell phones in Denver, and interrupting the quality of your sleep is one big one. Keep reading to find out more about how all that scrolling may be causing you to feel tired throughout the day.

The Importance of The Different Stages of Sleep

It might not seem like it, but there’s a lot going on inside your body when you go to bed. Every night, your brain needs to cycle through 4 distinct stages of sleep for you to receive the benefits of a good night’s rest. However, things like sleep apnea can interfere with this! Here’s what you need to know about these different stages of sleep and why uninterrupted sleep is so valuable and essential to your overall health.

How Keeping a Sleep Diary Can Help Diagnose Sleep Apnea

A sleep diary is a written record that you keep of your sleep patterns and habits. It requires just a little bit of effort on your end, and it can give your dentist or doctor a wealth of information about what may be causing you to get low-quality sleep. If you have been feeling excessively sleepy during the day, or just can’t seem to get a solid night of uninterrupted zzz’s, keep reading to learn more about why keeping a sleep diary in Denver may be a good idea.

4 Tips for Cleaning Your Oral Appliance 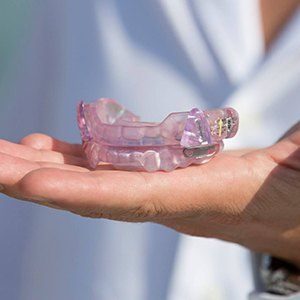 If you are ready to cut ties with your CPAP, or you’re new to sleep apnea therapy, an oral appliance is an effective solution to breathe better. The custom-fit device holds your tongue and lower jaw in a comfortable position to stop interruptions in breathing caused by obstructive sleep apnea. Your oral appliance can last for years depending on how well you care for it. Here are 4 tips for cleaning your oral appliance to protect your investment.

END_OF_DOCUMENT_TOKEN_TO_BE_REPLACED

Comments Off on 4 Tips for Cleaning Your Oral Appliance 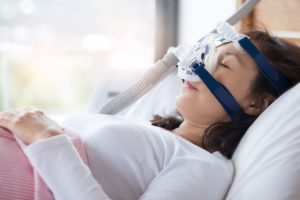 If you need a CPAP machine to treat your sleep apnea, Philips has been a trusted brand for decades. Unfortunately, 2 million people just learned their BiPAP and CPAP machines have been recalled. If your Philips Respironics device is on the list, you’re left with a tough decision. Do you continue using your CPAP or go without any treatment until your replacement arrives? You don’t have to lose sleep at night because you have another option. An oral appliance can be just what you need to breathe easier without risking your health.

END_OF_DOCUMENT_TOKEN_TO_BE_REPLACED

Millions of Americans suffer from obstructive sleep apnea (OSA). The disorder causes frequent pauses in breathing while you sleep. Although one interruption may not be a problem on its own, multiple can prevent you from getting the rest your mind and body needs. Luckily, there’s a way you can alleviate your symptoms. Aside from seeking professional treatment, essential oils have proven to be an excellent way to treat sleep apnea. Read on as we explain how they help with the condition and share which ones are ideal for better sleep.

END_OF_DOCUMENT_TOKEN_TO_BE_REPLACED
Comments Off on Can Essential Oils Help with Sleep Apnea?

Can Sleep Apnea Cause Brain Damage? 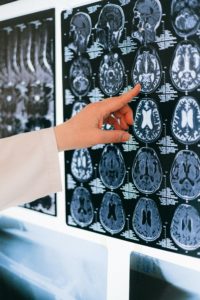 Did you know at least 22 million Americans have moderate-to-severe sleep apnea? Although it’s common, at least 80% of people aren’t diagnosed. If you suspect you have sleep apnea, you don’t want to ignore the issue. Chronic snoring and daytime fatigue aren’t the only concerns of skipping treatment. One study found over 18 years, people with untreated sleep apnea were 3 times more likely to die when compared to those without the disorder. Sadly, the risks don’t stop there. A recent study found the breathing-related disorder can lead to brain damage and memory loss. Thankfully, you can safeguard your brain health with sleep apnea therapy.

END_OF_DOCUMENT_TOKEN_TO_BE_REPLACED

Comments Off on Can Sleep Apnea Cause Brain Damage?

Filed under: Uncategorized — cosleepap @ 2:11 am 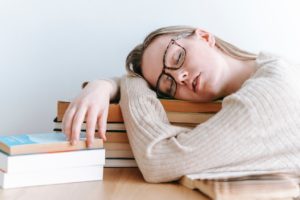 Do you run out of steam halfway through the day? You’re not alone. The Sleep Foundation reports at least 50% of adults experiences daytime fatigue 3 to 7 times per week. If you’re feeling exhausted during the day, a quick power nap can recharge your batteries. However, if you have sleep apnea, you’ll want to reconsider dozing off after lunch. Napping and sleep apnea can be a bad mix. Here’s how you can get the rest you need to feel your best.

END_OF_DOCUMENT_TOKEN_TO_BE_REPLACED

Comments Off on Napping and Sleep Apnea a Bad Combination

Getting Ready for Your Sleep Test? Here’s What to Do

It is estimated that as many as 18 million people in the United States have sleep apnea. If you snore loudly or feel tired during the day, you may suspect that you have this disorder; however, these symptoms can have different causes, so a diagnosis can only be made after a sleep test in Denver has been performed. If a doctor tells you that you need to undergo such a test, there are a few steps you can take to make sure that you’re as prepared as possible.

END_OF_DOCUMENT_TOKEN_TO_BE_REPLACED
Comments Off on Getting Ready for Your Sleep Test? Here’s What to Do
Older Posts »
Have Questions? Get Answers.